The Christmas Eve sinking of the S. S. Park Victory as told in my December 22 post is a famous shipwreck in Finland and popular among divers. This former livestock carrier went down with a load of coal that stormy night. 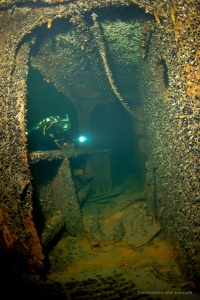 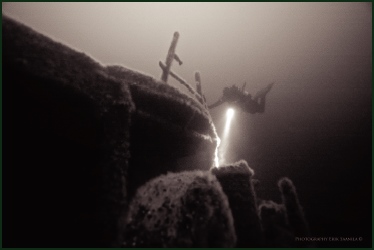 One has only to search the term “Park Victory” on youtube to find multiple underwater videos of dives to what remains of the vessel. Jouko Moisala, diving instructor and editor of a Finnish diving magazine, has written a book about the history of the Park Victory that was released this past October. 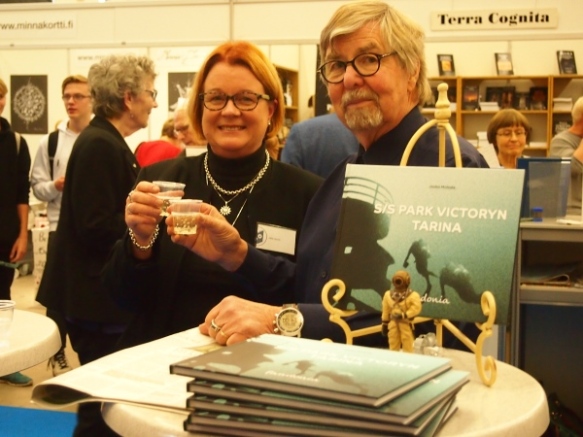 Jouko Moisala celebrates with his publisher, Anne Pentti, at the launch of his book. Photo courtesy of Jouko Moisala.

The book includes a section on its livestock carrier history for which I served as a resource. This part of the ship’s history was not widely known in Finland before the book came out.

Listing in Jouko’s book of the livestock trips made by the Park Victory. 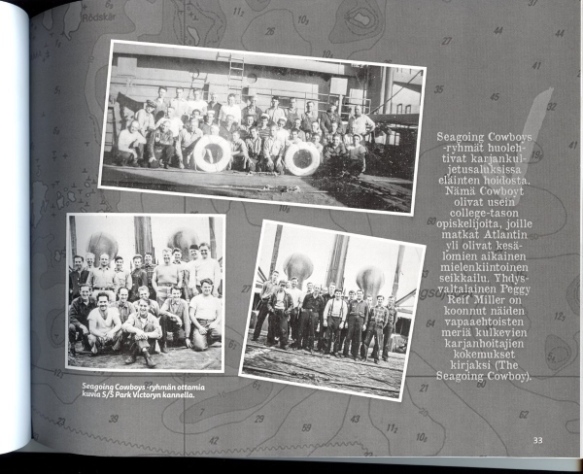 Jouko has put together a series of large posters on the Park Victory‘s history for an exhibit and has been making appearances around Finland sharing the story. 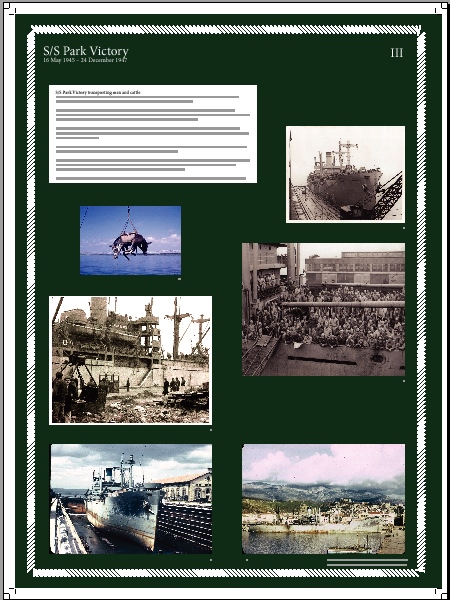 Poster #3 of Jouko’s exhibit on the S. S. Park Victory.

My upcoming posts will include stories of some of the Park Victory’s livestock trips. Its demise off the shores of Finland was not its only accident.

2 thoughts on “The Seagoing Cowboy story alive in Finland!”