Following the Heifer International Board meeting two weeks ago, the Heifer Foundation Board of Trustees also held their meeting at the Heifer Ranch. I sat in to hear Heifer USA/Ranch Manager Perry Jones bring the Trustees up to snuff on the work of the Ranch and tagged along on their Ranch tour. Perry told the Trustees, “You haven’t arrived at just any old moment. This is a moment of evolution.”

That evolution stems from the merger of Heifer Ranch with Heifer USA last year. Heifer USA has moved their home base of operations to the Ranch, joining its mission with that of the Ranch into an emerging social enterprise. Perry told the Trustees the new Heifer USA’s mission is “to create job opportunities in rural America by bringing farmers together to build socially and environmentally responsible and profitable businesses, and to educate the general public about sustainable agriculture and Heifer’s work around the world.” So the previous educational purposes of the Ranch are now intertwined with the agricultural work of Heifer USA, bringing the Ranch full circle to its beginnings as an operational agricultural enterprise.

For a closer look at Heifer USA and Ranch operations, the Trustees climbed aboard the Ranch’s trusty tour wagon “The Lyle & Berta,” named after longtime volunteers Lyle and Berta Riebe from Minnesota who conducted the tours for many years. While covering about a sixth of the Ranch’s 1,200 acres, Perry, along with Education Director Rebecca Roetzel, and Farm Manager Donna Kilpatrick, helped us understand the impact of the work here.

Heifer USA is a social enterprise in that “both profit and social good are generated,” says Perry. All of the work done at the Ranch complies with the mission of Heifer International “to work with communities to end hunger and poverty and to care for the earth.” Currently three social enterprises make up Heifer USA: a Livestock Co-op called Grass Roots (you can order their pasture-raised meat online!); the local and sustainable fruit and vegetable sales and distribution company and farmer-owned co-op called New South; and the Ranch itself, which operates as a working farm to model the sustainable and profitable methods Heifer teaches. 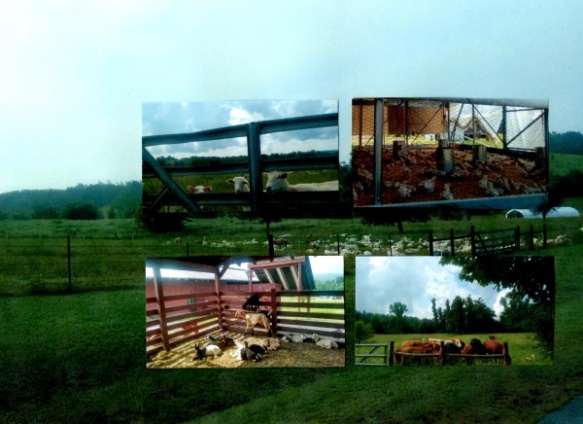 Sheep, chicks, goats, cattle, pigs, and a few rabbits are raised at the Ranch.

Along with these three enterprises, the Ranch will continue to expand as an educational center, hosting groups of all ages from all over the country with the goal of becoming “a world-class destination with provocative and impactful education programming,” says Perry. This runs the gamut from walk-in visitor tours, to school day trips, to overnight immersion experiences in one of Heifer’s global villages, all with the focus of acquainting guests with global issues of hunger and poverty and Heifer’s response to it. 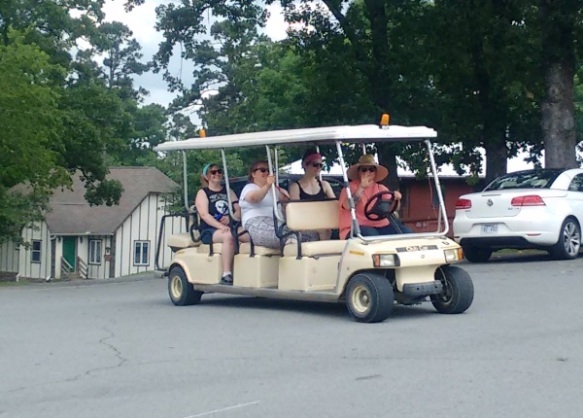 Donna Kilpatrick gives a personal tour to visiting volunteers from the former Heifer Farm in Massachusetts.

A school group does a garden service project as part of their educational experience.

Some groups stay in one of the Ranch lodges… 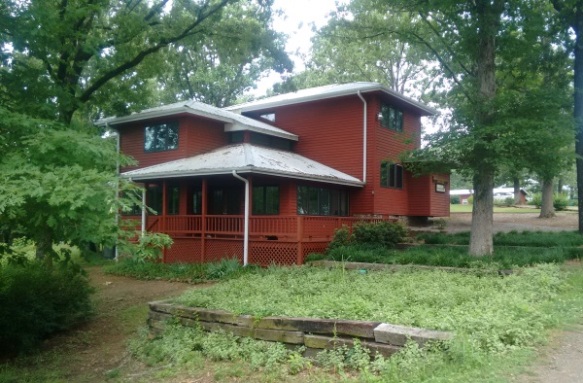 others rough it in the “Heifer Hilton”…

and others choose to experience the way people in under-developed countries live by staying in one of the Global Villages. 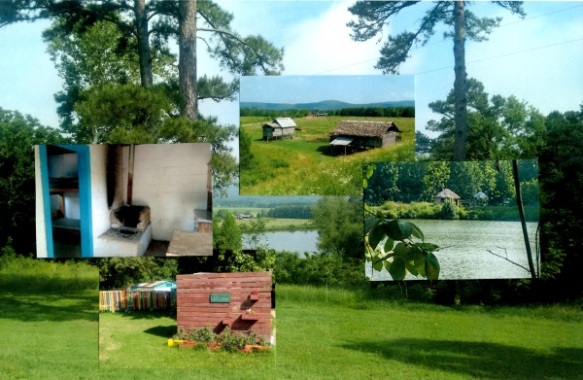 Global Village #1 enters at Guatemala house on the left. Thailand and Zambia houses are along the lake.

The education function of the Ranch is expanding in other ways, as well. The Ranch will become an on-site training center to “engage and prepare diverse farmers to succeed in agriculture,” says Perry. “We will engage more low-income, and minority and women farmers in profitable agricultural value chains.”

An exciting apprentice program has also been started. “Through strategic recruitment, this is an opportunity for us to be intentionally inclusive, reaching out to young people–especially women and minorities–in search of the opportunity to get a start in triple bottom line farming,” says Perry. “These apprentices train [for three years, ed.] under real farmers using the same methods that we use in the field; preparing them for success as commercial-scale sustainable farmers.”

With a lean staff, the Ranch, as did the Heifer Project in earlier years, depends on volunteers to accomplish its laudable goals. More about them in my next post.