This Veteran’s Day is a good time to take hats off to the U.S. Merchant Marine, long seen as the stepchild to the U.S. military branches. The U.S. government engaged the Merchant Marine in the dangerous job of transporting troops and supplies through hostile seas throughout World War II. 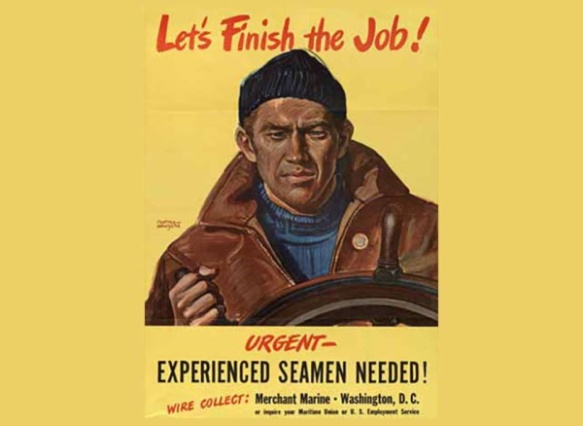 The U.S. Department of Defense reports that nearly 250,000 civilian merchant mariners served as part of the U.S. military during World War II. According to the National World War II Museum, 9,521 of those merchant mariners lost their lives between 1939 and 1945 – a higher proportional loss than in any of the military branches. And yet, these merchant mariners were denied the same benefits and recognition received by servicemen of the U.S. Army, the U.S. Army Air Force, or the U.S. Navy. It wasn’t until 1988 that the Merchant Marine seamen of World War II were awarded veteran status by the U.S. government and became eligible for benefits through the Department of Veterans Affairs.

In 2020 then, Congress passed the Merchant Mariners of World War II Congressional Gold Medal Act to recognize and honor these World War II veterans. Due to Covid, it wasn’t until May 19 of this year that the award was officially made. 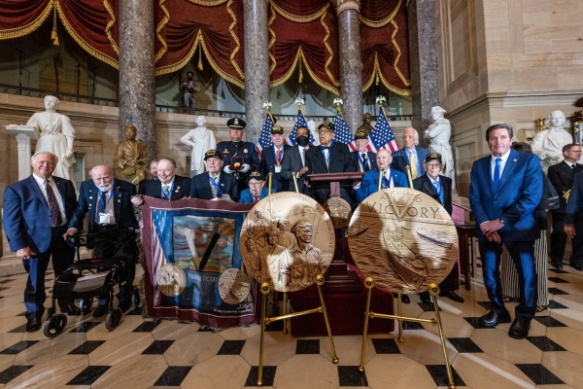 At the U.S. Capitol, World War II members of the U.S. Merchant Marine pose for a photograph with replicas of the Congressional Gold Medal awarded to merchant mariners for their service during the war, May 18, 2022. Photo By: Ike Hayman, House Creative Services Photographer

Last fall the American Merchant Marine Veterans held their convention in anticipation of the Gold Medal award in Baltimore on the S. S. John W. Brown, one of two remaining functioning Liberty ships from WWII. Merchant Mariner Lee Cox recalled the ill treatment the seamen got from other servicemen. “We got insulted a lot during the war by the Army guys,” he said in a Veterans History Museum report. “Navy guys would say, ‘Hey draft dodger drunks’.”

After the war, many of these same mariners, and many new ones, operated the merchant ships used by the United Nations Relief and Rehabilitation Administration (UNRRA) to deliver the supplies and livestock to help devastated Allies rebuild. 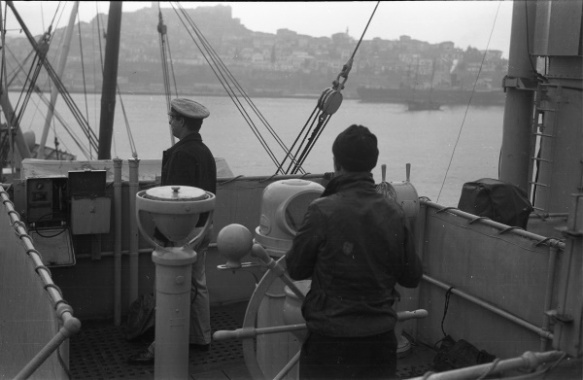 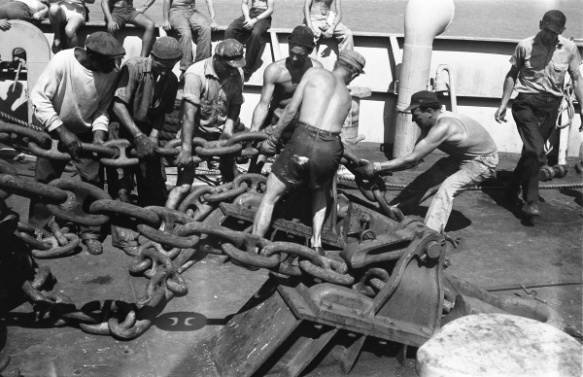 The seagoing cowboys who cared for the livestock had to join the Merchant Marine. 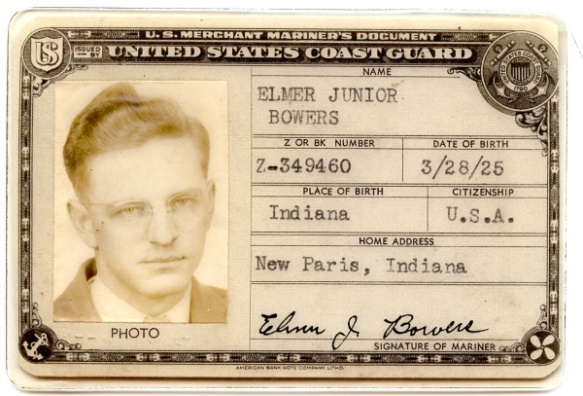 For this, they received the pay of 1 cent per month, simply to make them legal workers on a merchant ship. 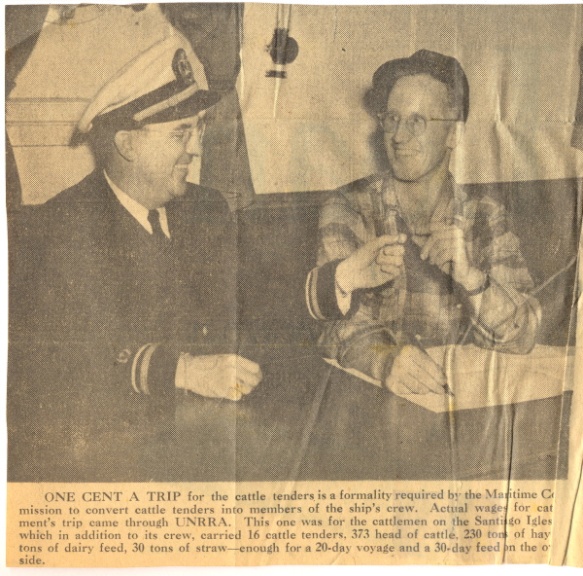 The threat of war-time attack was no longer present, but danger still lurked in the European and East Asian waterways from the presence of WWII mines not yet cleared. 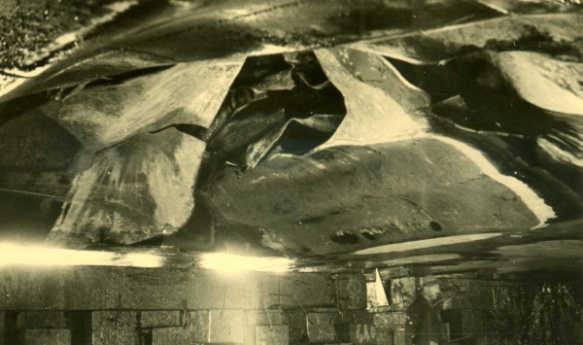 The underside of the S. S. Park Victory after hitting a mine April 30, 1946, off the coast of Patras, Greece. The ship was pulled to shore and the mules aboard successfully unloaded. Photo by Will Keller, ship’s radioman.

The seagoing cowboys were often asked to take turns with the seamen to stand on watch for the mines. The regular Merchant Marine seamen received extra hazard pay when in these waters; however, the seagoing cowboys, with the classification of “cattleman”, did not. They, nevertheless, are proud of their service, too. 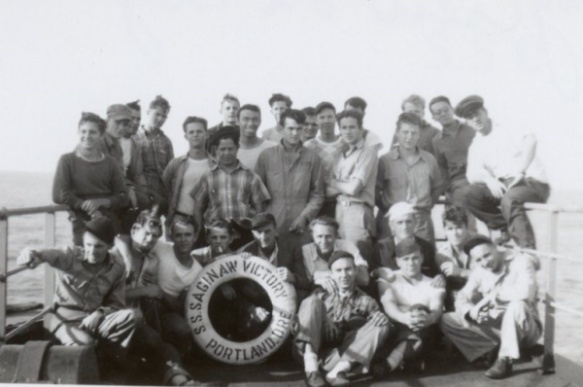 3 thoughts on “Hats off to the U.S. Merchant Marine!”