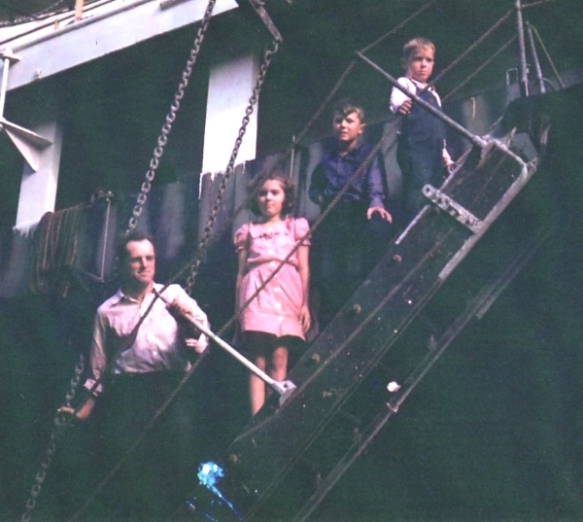 For young Iowa farmer Les Messamer, the trip began in a hurry. He writes,

A letter had been received informing me that the crew had been selected before my application was received. Then a phone call one morning stated that someone who had planned to be on the crew was not able to go. If I could be in New Orleans by a certain time, I could go. A check of train schedules from the central part of Iowa indicated that there were three and a half hours to get ready for a trip that turned out to be three and a half months from start to finish. Clothes were washed and packed, money secured from a bank, arrangements were made to take care of my farm work, the trip made to the train depot several miles away, the ticket purchased as the train pulled into the station, and suddenly I was on the way. To the great amusement of the porter, as I stepped on board, I turned to my mother and said, “I’ll call you from Chicago to find out where I’m going.” There had not been time to get the address where I was to report in New Orleans.

The ship left New Orleans December 19, 1946, with 713 cattle and 32 cattlemen, one supervisor, and two veterinarians aboard. 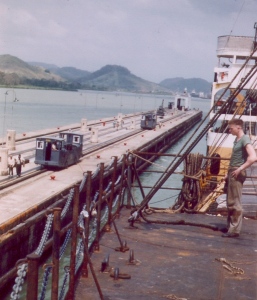 A second ship to China, the S. S. Boulder Victory, is pulled through the Panama Canal in February 1947. Photo credit: Eugene Souder

“The next wonder to this farmer’s eyes,” says Messamer, “was the Panama Canal.” The seagoing cowboys were fascinated with the method of transporting the ship through the canal with the mechanical “mules.”

As the ship approached the Canal, heat became an issue, with the temperature rising to 95° on December 23. The next day, going up the Pacific coast, cowboy Harold Hersch of Virginia noted in his diary, “Extremely hot – around 105° inside building. Sun scorching hot.” On December 26 he says, “Days continuing hot to the extreme – suffering from sunburn. Cows dying occassionally [sic] from extreme heat – lots of premature births from the heat.”

Messamer notes, “In addition to the regular feeding and cleaning chores, we toiled long and hard trying to keep the animals as cool as possible and we were often called upon to pull the chains which a veterinarian had attached to an unborn calf. Five such assisted births came on Christmas Day, and my hands were sore and bleeding from the effort by the time a welcome bunk was available. Dead animals were hoisted to the main deck and dumped overboard where they no doubt were consumed by creatures of the sea. We began to wonder if this very first carrying of cattle from the United States to China would be successful.”

As the ship moved northward along the Pacific Central American coast, the weather cooled and cattle and cowboys alike adjusted to the routine. Nearly two weeks after leaving New Orleans, the ship’s first stop was in San Pedro, California, for refueling and restocking of supplies — just in time for New Year’s.

The work of the Heifer Project following World War II did not go unnoticed by the United Nations Relief and Rehabilitation Administration. A letter to the Heifer Project Committee from UNRRA’s Director General was published 70 years ago this week in the January 11, 1947, Gospel Messenger of the Church of the Brethren:

Heifer Project Committee
New Windsor, Md.
Dear Mr. Bushong:
I am informed that your organization, the heifer-project committee of the Brethren Service Committee, has assembled a boatload of heifers which you will contribute to UNRRA for shipment from New Orleans to China in December. This will be the first boat of cattle to go to China, and is one of the most important gifts that UNRRA has received. Thousands of the cattle you have donated are now in Czechoslovakia, Greece, Italy and Poland helping the farmers there to restore their war-torn lands and feed the populations—rural and urban—of these countries which lost 50% of their livestock in the war. The artificial insemination program in Greece, set up by UNRRA with your assistance, has materially helped to improve the depleted breeding stock of that suffering country.
The fine spirit of practical Christianity and the faith that your group has shown are examples to us all in these days when, without faith, we cannot progress. Your movement, beginning modestly as it did, has spread its spirit and its work. Transcending barriers of nationality and religious conviction, it has drawn to itself members of many denominations, and illustrated what can be accomplished when conviction and efficient enterprise and fine Christian generosity are combined.
I understand that your organization has decided to continue its work for two years after UNRRA ceases. This is further exemplification of its validity. May I congratulate and thank you in the name of those we have all been trying to help and wish you every success in the future.
Sincerely yours,
F. H. La Guardia
Director General

Yet further exemplification of the Heifer Project’s validity is that it continues today as Heifer International. The organization was set in motion 75 years ago this week, as recorded in the January 10, 1942, minutes of the Church of the Brethren Northern Indiana Men’s Work Cabinet: “The Cabinet decided to support Dan West’s Calf Project. Dan West is to give more information at our April meeting.” 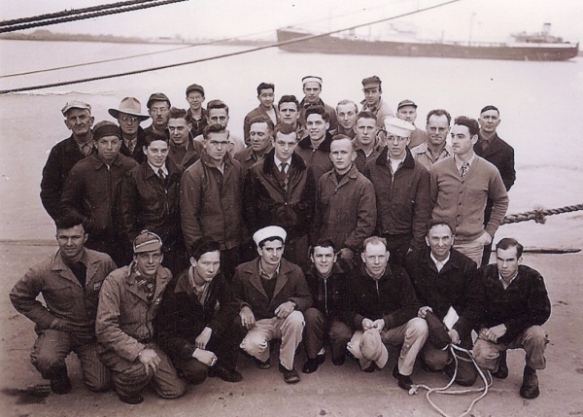