The United Nations Relief and Rehabilitation Administration’s livestock program is thought by some to be the largest effort of shipping animals overseas in world history. In the two years between June 1945 and April 1947, they had shipped a total of 369,048 draft and food-producing animals from the Western Hemisphere to Europe and a few other locations to help countries recover from World War II. This included, by UNRRA’s count, 174,202 horses, 28,976 mules, 36,199 cattle, and 129,671 other types of farm animals to Europe and a few other countries. There was another time in history, however, which out-paced UNRRA’s efforts – the difference between the two being that UNRRA’s mission helped heal the wounds of war, the other helped create them. 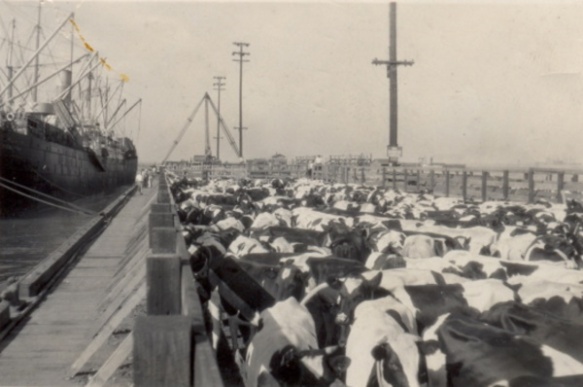 Three decades before UNRRA’s “seagoing cowboys” came into being, cattle tenders would have been required to care for the hundreds of thousands of horses and mules shipped from the United States to serve as beasts of burden and transport in World War I. According to the International Museum of the Horse, “In the four years of the war, the United States exported nearly a million horses to Europe. This seriously depleted the number of horses in America. When the American Expeditionary Force entered the war, it took with it an additional 182,000 horses. Of these, 60,000 were killed and only a scant 200 were returned to the United States. In spite of the innovations of World War I, one reality remained the same; the horse was the innocent victim.”

Large numbers of mules also found themselves on ships to Europe. The United States World War One Centennial Commission  notes, “The 1922 British War Office report on statistics of the Great War states that 275,097 mules were purchased from North America.” One large Missouri firm, Guyton and Harrington, contracted with the British army for horses and mules. According to author Michael Price, they alone “sold 180,000 mules to the British army from 1914-1918. . . . They also sold 170,000 horses to the British.” 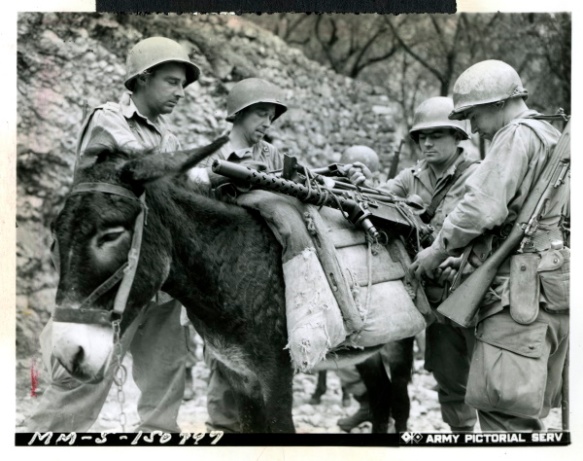 Some of the horses and mules used by the U. S. Army were bred and trained at the Army Quartermaster Remount Depot at Fort Reno in Oklahoma. When World War II rolled around with its advances in war machinery, horses and mules were no longer needed to the extent they were in World War I. After being decommissioned in 1948, the depot at Fort Reno was reactivated in 1952 to prepare horses and mules for export to Turkey. One of UNRRA’s former livestock ships, the S. S. Calvin Victory, now decommissioned and renamed the S. S. Columbia Heights, became the transport vehicle to take the animals across the ocean.

Todd Blomerth tells the story on his blog “Todd’s Historical Writings” of one of the young Army officers, William Pharr “Billy” Stromberg, involved with three of these shipments to Turkey. The Columbia Heights was in use during that same time period for the Levinson Brothers livestock trips to Israel which carried many a Mennonite seagoing cowboy to the Holy Lands. Interesting how histories intertwine!

Today is International Conscientious Objection Day. There will be an ecumenical gathering this evening at the World War I Museum and Memorial in Kansas City, Missouri, commemorating those who were conscientious objectors in World War I. There was no alternative service at that time, so COs had to either serve within the military or go to prison. Dan West, the founder of Heifer International, was one of those men.

Dan was drafted into the U. S. Army in 1918. He entered service not knowing how far he could cooperate with the army. His experience became a defining moment in his life. Here is his story in his own words in a paper titled “Your Goals,” as told to a group of Brethren Volunteer Service workers years later:

There was not any Alternative Service then, but I was a CO. After a few weeks I was transferred to the 39th Machine Gun Battalion. When I got there, I went to my new captain to get released. He cursed me hard, evidently to change my mind. But he didn’t.
A few hours later I went back with a new idea: to offer to go to the Ft Leavenworth Penitentiary. My captain did not curse me any more, but said he could not move me on then.
After a few hard weeks I was assigned to the Quartermaster Corps. There I did not kill anybody, but I felt a part of a killing machine. That still hurts my conscience, and I developed a new GOAL to work for peace-not for war. That has lasted ever since.

Dan became one of the most prominent voices for peace in the church and later became Peace Educator for the Church of the Brethren. In that role, he was selected to be the Church of the Brethren representative to a Quaker (Society of Friends) relief project in Spain during the Spanish Civil War in 1937 and 1938. Observing babies and tubercular children dying from a lack of milk while his babies back home were well fed made him determined to promote a plan to send cows to Spain, an idea hatched in discussions with colleagues in the relief project. Four years later, Dan’s plan was adopted by the Church of the Brethren District Men’s Work of Northern Indiana, then later by the denomination as a national plan which soon became ecumenical. The Heifer Project, as it was named, grew into today’s independent Heifer International. 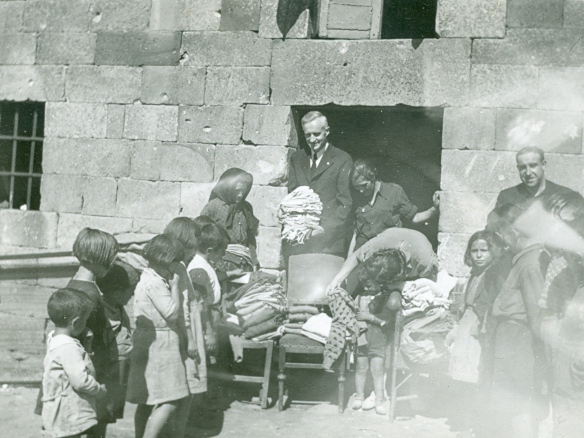 Would that more people would develop the goal “to do as much for peace as a soldier does for war,” another way Dan talked of his goal.